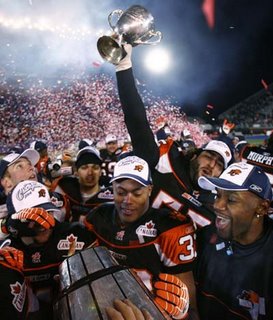 As I sat in my warm living room watching the Grey Cup game with family and friends chowing down on nachos and wings, I wondered why I didn't attend the game? The game was held in my hometown for the third time in the past 15 years. Before 1991, this championship game was held in every other CFL city, (especially heavy on Toronto, Montreal and Vancouver) but Winnipeg and Regina. If you don't remember the ridiculous Grey Cup game in Regina in 1995, it was the first and ONLY time a non-Canadian team captured the CANADIAN Football League title. In my opinion, it was a low point for the league, a desperate attempt to capture an (non-existent) American audience.

Enough history, the point is why didn't I go to the game, I've watched probably eve 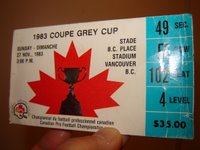 ry Cup game since the early 70's and though I haven't been to a Bomber game in at least 3 years..I still consider myself a CFL fan. I do follow the CFL more closely than the NFL and I read about the trials and tribulations of the Bombers week to week. I have been to one Grey Cup game, 1983 in Vancouver, the first year of the domed stadium B.C. Place, as the Argos beat the home team Lions. It was my first year of university and my two Pals Mike and Ox flew to the coast to party Grey Cup style..good time! Too bad the hometeam lost, cause it totally killed the party mood of the city. 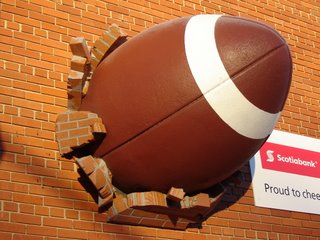 he year that featured the part owners of the Toronto Argonauts Wayne Gretzky, John Candy and that later to-be-convicted crook Bruce McNall on the sidelines) as my boss Jan (then and presently) offered to buy me tickets a couple of days before the big event. I turned the tickets down as the thought of freezing my ass off on a cold November evening (there was snow on the ground this Cup and the temp was probably in the -10/20 C. range.) and sitting on steep metal temporary bleachers didn't seem too appealing at the time. This year you couldn't asked for better weather especially for this time of year, and the hype in Winnipeg was building all week. I must admit, I avoided anything Grey Cup-related, I didn't attend any concerts, parades, luncheons, award ceremonies, nightclub 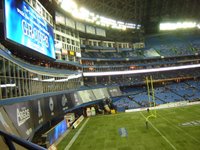 s, parties or even drinking heavily during Cup week. I obviously have no civic pride, but I don't care, do you think Mr. photo-op Gary Doer paid for his ticket to any of the events? Maybe I'm getting old or maybe I'm cheap (tickets were $250 in the side stands), I just think if you're going to spend that kind of money, either the home team should be in the game or I should be watching the game in another city. I think the domed Roger's Centre in Toronto would be a great place to watch football in November. Hmmm... sounds tempting, maybe I'll see you in Toronto for the '07 Grey Cup!
Posted by binky at 12:29 AM No comments: 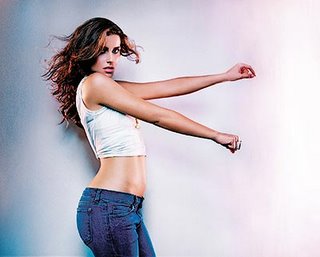 Two lucky people attending the 94th annual Grey Cup will have the opportunity of a lifetime at this year’s big game, to be played Nov. 19 at Canad Inns Stadium in Winnipeg.

Grey Cup organizers announced today that one fan and a guest will get a chance to meet Canadian and international recording sensation Nelly Furtado face-to-face.

Everyone attending this year’s game will be automatically entered to meet Furtado, whose recent multi-platinum CD Loose features No. 1 hits like Promiscuous and Maneater. One lucky name will be announced during the first quarter of the game.

That person and a guest will be invited to come down to field level to watch the 2006 Rogers Grey Cup Halftime Show, which will feature Furtado as the headline entertainer. They will then get an exclusive, V.I.P. meet-and-greet with Furtado following her performance. 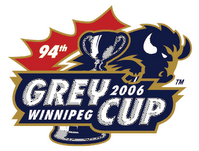 I don't know if it's just me that wonders this, but who decides on the half time entertainment for the Grey Cup? I find it strange that a typically manly spectator sport like football would target it's half time show to pre-teen girls or older folks with really BAD musical taste. I thought half-time was a time to go wait in line for more beer and wait in line to use the bathroom. The Winnipeg stadium (CanadInn stadium?) washroom is traditionally the warmest place during November, must be the steaming pee-trough in the men's room. Fortunately, gone are the days when the half-time show was a "Up With People" type of tribute or some 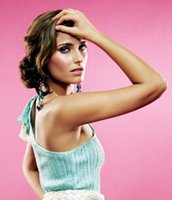 kind of travelogue entertainment promoting the host city. Bands such as the Tragically Hip or Sam Roberts seemed like a perfect compliment to the masculine adrenaline of Canadian football...what's wrong with that? Perhaps it's because the skanky Nelly Furtado is so "mainstream" and popular that this 5 minute spot will lure little girls into accidently viewing a portion of a sport they would otherwise avoid. Hey, maybe they'll like it and convince their daddies to buy them some season tickets for the upcoming football season. "Hey (insert airhead girl's name), Nelly's on the Grey Cup, that's sooo cool, let's watch and help increase the viewership for CBC..hee hee..what team's she on? Sorry to burst your bubble kid's, Nelly doesn't give a shit about you, football or for that matter Winnipeg, I'm sure she would even freeze her ass in Regina with the promise of $$$ for performing 1 or 2 songs, not a bad gig.

Here's a portion of an interview with Nelly Furtado a couple of weeks ago:

Q: Have you ever been to a Grey Cup? If not, do you have any recollections w 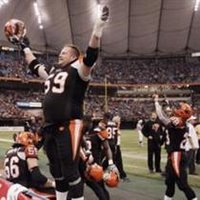 A: I have seen it a couple times on TV. But I have never been to a game. I am looking forward to it. I don’t know a lot about football. I’m very naive when it comes to it. I know more about basketball and soccer.

Q: You were born in British Columbia, did you ever go to see the B.C. Lions play?

A: No, I never had the opportunity, but I heard a lot about it.

Q: Do you have any interest in the Canadian Football League?

A: I am learning more about it.

I am learning about it? You've heard about the B.C. Lions, good for you, did you know the Lion's are playing in the game that preceeds and proceeds your grand performance? I guess it doesn't really matter, I doubt the American group Black Eyed Peas even knew what country they were in for the Grey Cup in Vancouver. I'm sure Nelly Furtado will nicely lip-sync Maneater, shake her downfilled jacketed ass and thrill the hell out of the shivering "football" fans in the stands.

Who's in charge here? Was Burton Cummings booked up already signing autographs at Sals? And was Brad Roberts too busy to pull his head out of his ass from his "Ghetto pad" in NYC. Maybe Nelly Furtado wasn't such a bad choice after all.

Enjoy the half-time show and welcome to Winnipeg!
Posted by binky at 12:11 AM No comments: 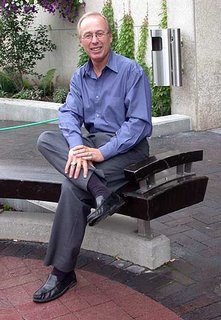 Hey Girl's, looking for prize catch? He's rich, he's famous, he's powerful (this one's up for debate) and he's very popular (at least 104,000 people think so) and the mayor of a major Canadian city.

MAYOR Sam Katz's wife has filed for divorce and is seeking custody of the couple's two young daughters. On Oct. 26, the day after Katz won the 2006 mayoral race, his wife, Baillie, served notice she was seeking to end the duo's eight-year marriage. "I'm not going into the details of the timing," Winnipeg's mayor said on Monday, ending months of speculation about his personal life. Katz said on Monday he had sought separation from Baillie before she filed for divorce, an act that placed the matter on the public reco 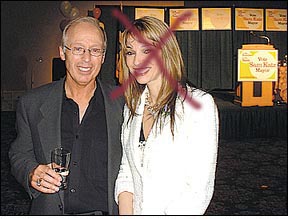 rd The duo had been separated before. In 2002, Sam Katz filed for divorce, and the couple spent a subsequent year apart. But they reconciled before the 2004 civic byelection.

That's harsh, filing for divorce a day after the election..ouch! I guess Baillee found another personal trainer. Anyways, that means Sam is free to check out the market, there's lots of other gold-diggers out there, so let's weigh the pros and cons of having Sam Katz as a special friend.

Pros:Cons:
So there you have it, "The Bachelor" Winnipeg style. If you want to let him know you exist, head on down to city hall or any Grey Cup festivities, as I'm sure he'll find as many photo-ops as possible.
Good luck?