I've Been Living A Lie? 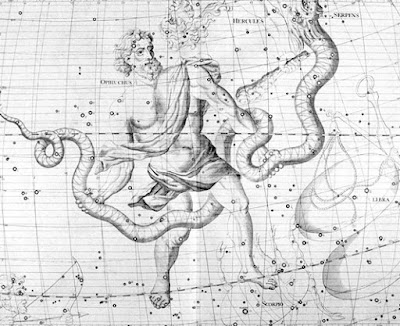 I don't know about you, but I actually check out my horoscope everyday in the paper. Some days I read up to 3 newspapers and since they seem to contradict each other, because they are written by different astrologists, I don't take their content very seriously. If you do believe and take horoscopes to heart, then you should rethink your whole life plan.

In an interview last Sunday in the Minneapolis Star Tribune, astronomy instructor, Parke Kundle explained the Earth's wobbly orbit means it's no longer oriented to the stars in the way it was when the signs of the zodiac were conceived. That means, Mr. Kunkle said, that when astrologers say the sun is in Pisces, it's really in Aquarius, and so on. “Astronomers have known about this since about 130 BC,” Mr. Kunkle said Friday in his office at the Minneapolis Community and Technical College, “This is not new news. Almost every astronomy class talks about it.”

Since then this "news" has gone viral and message boards and social networking sites have been the site for much concern. Astrology buffs should be using these dates, reflecting where the stars currently are aligned: 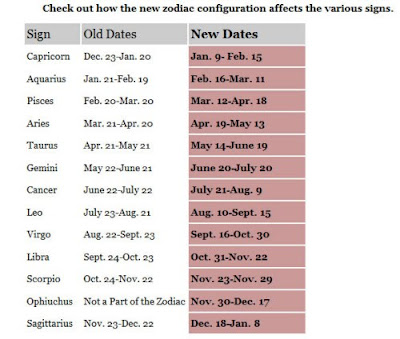