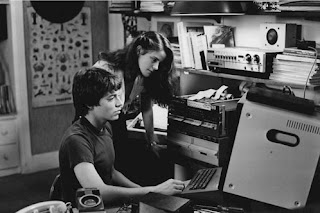 As I was flipping channels, I stumbled upon the 1983 movie WarGames starring a pre-Ferris Bueller's Matthew Broderick as a young computer whiz kid who starts a countdown to World War 3 when he accidentally hacks into a secret super computer. Is it a game..or is it real? A movie that gives young viewer's a glimpse of how much computers have shrunk in size since the 80's.

I thought what the hell I should watch this, I've never really seen the whole thing, and the 2 hours won't kill me, yet it was pretty lame by today's "high standards". As this movie reached it's climax, as it counted down to mass destruction (missile attack), 4, 3, 2, 1...then the TV screen splits the screen in half. On the left side, it plays advertisements for this station's upcoming programs, mu 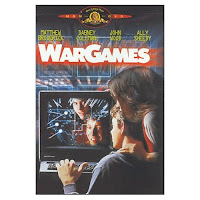 ch like when they show the credits at the end of movies on TV and they shrink the credits so you can't read them. On the right side of the screen, the movie played on...it seemed everyone was celebrating, but I couldn't completely tell because the audio was cut for the commercials. A minute later the screen returned to full size and the movie resumed. Celebration turned to panic when the computer tried to launch the missile's itself, but first it had to crack the military's 10 number code. It was another race against time as David (Broderick) played tic-tac-toe against the computer to confuse it into a draw...the final number was cracked by the computer, David typed something, then....ZING! The next program started! Emily Of New Moon, it was 10:00pm! They completely cut the film right at the most climatic point of this whole movie! I was outraged. It was like cutting off a hockey game in overtime with a team on a breakaway. I ran to the computer and fired off this actual e-mail to VisionTV.

Hey, what the hell happened to WAR GAMES!! During the climax of the movie (at the top of the hour) your crappy station CUT the end of the movie, not the credits but the CLIMAX of the movie. What type of two-bit, second rate station are you running...better stick to Sunday school programs instead of "real" movies!! Maybe if you guys didn't interrupt the program with SO many commercials you can show a WHOLE movie.

I have a vision your station won't last very long!

So long forever,
Your dissatisfied ex-viewer!!! 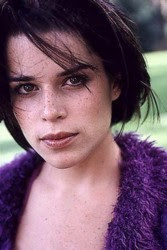 I know, I probably overreacted, but someone has to say something, I hate it when TV or radio stations take their audience for granted, does someone in Toronto flip a switch at the top of the hour or is everything automated? What's with this VisionTV anyways? According to their website, it's Canada's (and the World's) only multi-faith network, their "cornerstone" programs shown during prime-time focus on "spirituality" in it's broadest possible content, and their shows range from Neon Rider, Little House On The Prairie and for some reason, Party Of Five (a photo of Neve Campbell always makes me feel better).

I urge you to take action when you feel riped-off, this might be minor, but I'm pissed!! Ask VisionTV (audience@visiontv.ca) what happened to the end of WarGames, I bet they don't have a clue about what you're talking about.
Posted by binky at 11:58 PM 1 comment: 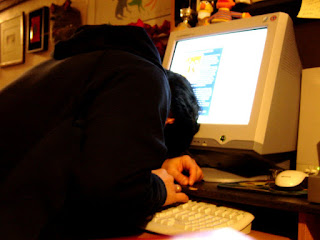 Ok, I know I haven't posted in almost a month, I've been so busy doing nothing, I haven't had the time, nor the energy to post anything interesting. Don't get me wrong, lots of shit has happened not only in my life, but the world as a whole (or half, whatever). I guess what I'm saying is that this site hasn't excited or inspired me as much as my sister blog-site, which focuses mainly on music, such as concert reviews, new/old CD's reviews and posting live recordings. This site was suppose to be my non-music (interesting stories in the news) blog and also a platform for any ranting that I may feel inclined to express late at night while surfing the net. This is meant to be "a site for red eyes" a late night beacon, where I can spew off whatever comes into my head while I'm trying to avoid watching mindless TV at 1 or 2 am.

Instead of copying and pasting public interest stories, I've decided to try a new-ish format, the old traditional style of blog, where I talk about what I'm doing in my life, my upcoming projects, my hockey pool team, my music career (revive the band, play some shows?), my fledgling art career (believe it or not, I am an art school grad), my hockey career (well, once a week career) all that boring stuff people talk about in blogs. I'll also keep you informed about any interesting movies, TV shows, and plays that I've seen and I'll especially let everyone know when something pisses me off either in the news or real life. If I do this, I'm sure I'll be able to post at least a couple of times a week, because I HATE blogs and websites that never update!
Posted by binky at 11:20 PM No comments: