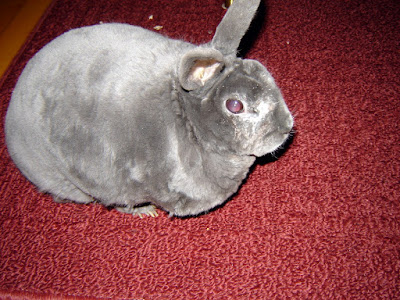 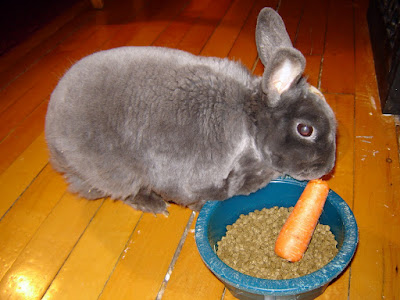 He was a good rabbit and he lived a long and happy life. The soft fuzzy guy will be greatly missed, the nuzzles on the toes, his mid-air hops and his lounging around on the living room floor. There will never be another bunny, like Hopper...R.I.P.
Posted by binky at 12:43 AM 1 comment:

Patrice Cormier Suspended For The Rest Of The Season

Judge for yourself, do you think the suspension justified the actions? The QMJHL suspended Cormier for the balance of the regular season and the playoffs, but his team the Rouyn-Noranda Huskies are appealing the sentence.

Cormier was banned for the rest of the QMJHL regular season plus the playoffs for elbowing Quebec Remparts defenceman Mikael Tam in the head.

Huskies general manager Andre Tourigny said Cormier’s elbow was “unfortunate,” but stressed the league went too far in their punishment.

“We were fully aware that the gesture had to be severely sanctioned. According to us, the sanction delivered by the QMJHL (Monday) is not severe . . . it is excessive,” Tourigny told a news conference in Rouyn-Noranda in Quebec’s Abitibi region.

Dozens of Huskies fans who packed the room where the news conference was held burst into applause when Tourigny said his team is going to fight the decision.

In a move to curb excessive violence, the QMJHL handed out one of its most severe sanctions in history Monday by banning Cormier from playing until his team is eliminated from the playoffs. 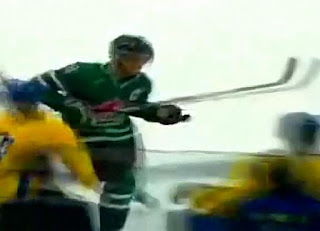 One of the things that bugs me is that next year he will more than likely turn pro and suit up with the New Jersey Devils or their AHL affiliate. He will sign a seven figure pro contract and continue on with his career unscathed and more than likely will cheap shot another player. His elbow to Anton Rodin of Sweden and Teemu Hartikainen of Finland during pre-competition games during the World Junior Championships last month, proves this guy has a history. Just think, if Canada had won the gold, it would have been team captain Cormier that would have hoisted the cup. This guy's an embarrassment to the country and to the game. His Suspension should have been longer!

What do you think?