Live At The Academy, Winnipeg Style 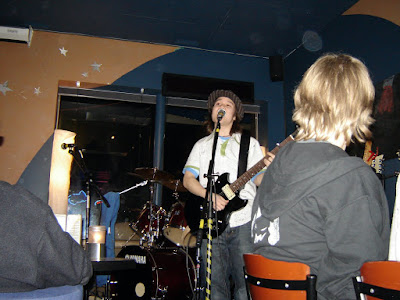 I've posted a quick review and some mp3's of Jesse's show from last Thursday night March 1 on my other blog, Teenage Dogs In Trouble. If you love indie (and not so indie) music this might be the site for you, I try to keep that blog exclusively about music and music related stuff. I listen to music on a daily basis, so my Ipod is full of the newest releases (..and leaked upcoming releases), so it gives me great pleasure to share my thoughts and recommendations with the world. If there's any bands or upcoming shows I might be interested, please let me know..I'm a bit of a music geek.
Posted by binky at 12:56 AM 1 comment: 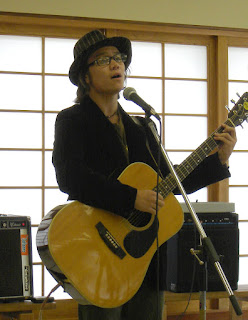 If your in the mood for some live music on a Thursday night (March 1st), drop by the Academy Bar and Eatery before 8:00pm as Jesse Miki and friends will perform. Jesse's friends' will probably include his sister, Alex and Leif, from Locker 369,( who he's opening for) and it promises to be an interesting mix of rock, jazz, folk and whatever.

There's probably a minimal cover charge, but get there early as both these groups have a large (student) fan following. Hopefully I'll have some photos to post in the next few days, as well as some sound samples if I record the show.