I hadn't seen the Big Snit in years , but it still provides a good laugh or two. This film gained Richard Condie an Oscar nomination for Best Animated Short back in 1985. It didn't win, but it solidified Condie as one of Canada's best known animators.
They sure don't make em' like they used to...Enjoy! 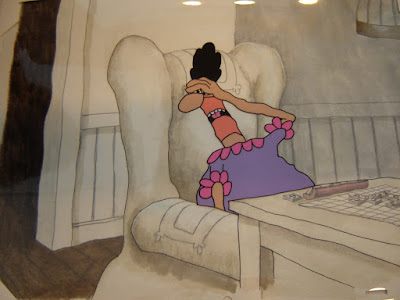 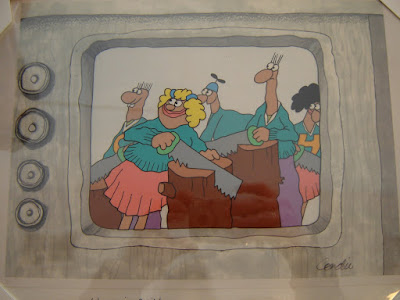 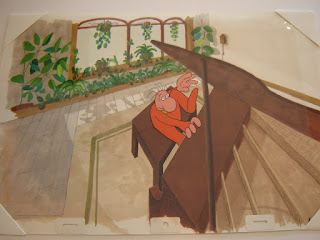 Starting February 7th, the University Of Manitoba's Gallery 111 will host an exhibit from Winnipeg filmmaker Richard Condie. Condie is best known for his Oscar nominated short animation films, The Big Snit (1985) and La Salla (1996) as well his hilarious, Getting Started from 1979 which rose Condie to prominence. The exhibition, Arrgg!! will display for the first time Condie's animated cels, pencil drawings, dope sheets and other memorabilia. This is a major coup for the gallery as Condie has donated his works for the University's archives and the exhibition will display just a small sampling of his vast contribution. 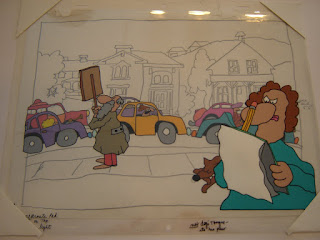 If you've never seen the Big Snit or Getting Started, I recommend you first watch these classic films. Then when you see the individual cels on display, you'll come to appreciate the painstakingly hard work that goes into making a 10-minute animated feature. These are done "old school", hand painted and without the use of computers along with painted backgrounds by Condie's sister, Sharon. The show runs until March 7th.
Posted by binky at 11:52 PM No comments: