Early Spring Is On the Way!!...According To The Sockpuppet 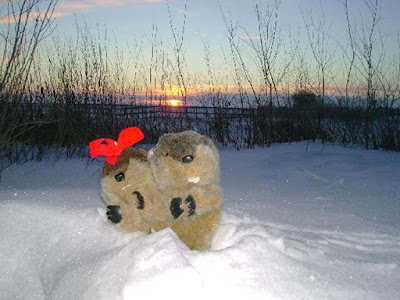 Manitoba's groundhog of choice, Manitoba Merv did not see his shadow this morning, so according to some weird screwed-up superstition it means we will have an early Spring. I'm not sure if this is based on logic or science, but I'm pretty sure a "sockpuppet" can't really forecast the future, but maybe the guy attached to the hand under the puppethead buried under the snow knows something we don't know.