What Are They Waiting For? It's Almost Summer! 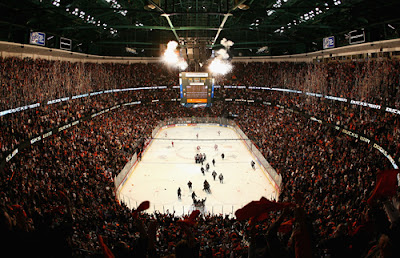 Well, actually here in ice-box city Winnipeg we may hit 0 degrees tonight, so it is anything but Summer weather. I think we had our Summer two weeks ago when we peaked at 32 degrees for a couple of days, it's amazing how we can have 3 season's worth of temperatures during the course of a week. 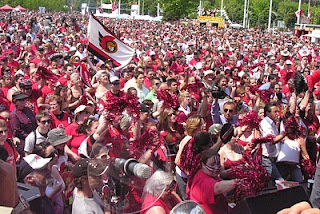 Which brings me to the question, what is the NHL waiting for? The Stanley Cup finals are set to begin on Monday May 28th, 6 days after the last series ended. The Ducks finished off the Wings on Tuesday (Ottawa knocked off Buffalo last weekend) and if there was to be a seventh game it would have been played Thursday. we're left with almost a week of NO hockey and a possibility of game 7 in the middle of June, talk about dragging on the season. Anyone that knows me knows there aren't too many more obsessed fans like myself, but even I want to get on with Spring or Summer or whatever it is? To me the most exciting hockey is played during the first two series, multiple games each night, endless highlights, upsets... I love it! 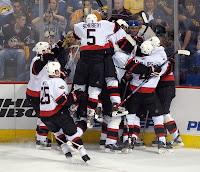 For whatever reason, I find it hard to call the Ottawa Senators Canada's team, I've never liked them and I still have a hard time cheering for the team. Sure they boast an amazing line with Spezza, Heatley and Alfredsson, but I'm not a huge Emery fan, nor do I like Bryan Murray's coaching (or GM-ing), and to top it off I think I saw PM Stephen Harper wearing a Sen's jersey. The Anaheim Ducks though have so much to like especially their Manitoba connections. Teemu Selanne is one of the greatest players to wear a Winnipeg Jet's jersey, coach Randy Carlyle played on the Jet's and coached the Manitoba Moose, and Winkler Manitoba's Dustin Penner is a solid winger on their second line. It's a bonus to see both teams stacked with so many key Canadian 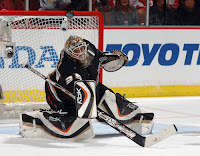 So get off your ass and enjoy our first hockey-free weekend since last September, because we're headed to the home-stretch. Go outside, see the wife and kid's, barbeque something, just enjoy the Spring while you can, because if you sit on the couch too long, you might miss it.
Posted by binky at 12:16 AM 1 comment: 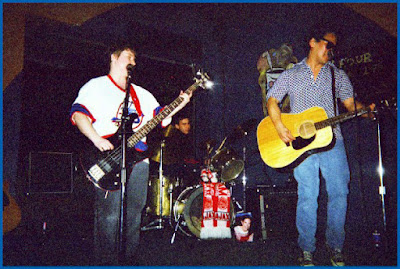 Here's a shameless plug, my band (the semi-retired) Zamboni Joe now has internet presence with a page at www.myspace.com/zambonijoeband. We have posted 4

songs (live and living room) for your enjoyment or amusement. I'm also writing blogs on that site (along of course with www.teenagedogsintrouble.blogspot.com, my music blog), to provide some information and history about this legendary hockey-rock band. We're also looking for friends that want to have their profile picture plastered on our page, please add us as friends, we're so desperate!

Zamboni Joe hasn't played an official show since September 2005, but I've done a few solo performances and if we're tempted with big $$, I'm sure we might be talked into getting back together as a band for another show.
Posted by binky at 12:34 AM 1 comment: